To share your memory on the wall of John McEntee, sign in using one of the following options:

He was born in Harrisburg on March 10, 1949 the son of Barbara ... Read More
Obituary of John N. McEntee
John N. "Mack" McEntee, 71,of Harrisburg, formerly of Tower City, passed away on Thursday December 10, 2020, in Colonial Park Care Center.

He was born in Harrisburg on March 10, 1949 the son of Barbara A. (Maljevac) McEntee and the late Nolan J. McEntee.

John graduated from John Harris High School Class of 1968. He played Little League Baseball with the Southeast League in Hall Manor for the Kiwanis Club Team, and also played for Allison Hill League. John loved to play the lottery and bet on horses. He was a 50 year member of the Croatian Fraternal Union of America, and retired from Dauphin County Court House in 2007 with many years of service.

He was preceded in death by his father, and two brother's-in-law, Jim Kroh and Bob Kroh.

Due to Covid-19 Funeral Services will be private and held at the convenience of the family. Burial in Resurrection Cemetery.

The family wants to thank UMPC Osteopathic Hospital ICU and other staff working with John. They also want to thank Colonial Park Care Center for all there help and care with John.

In lieu of flowers memorial contributions may be made to the American Diabetes Association 150 Monument Rd. Suite 100, Bala Cynwyd, PA 19004.

To send flowers to the family or plant a tree in memory of John McEntee, please visit our Heartfelt Sympathies Store.

There are no events scheduled. You can still show your support by sending flowers directly to the family, or planting a memorial tree in memory of John McEntee.
Visit the Heartfelt Sympathies Store

We encourage you to share your most beloved memories of John here, so that the family and other loved ones can always see it. You can upload cherished photographs, or share your favorite stories, and can even comment on those shared by others. 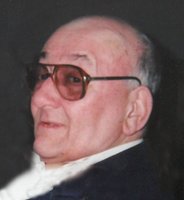