To share your memory on the wall of Richard Deibler, sign in using one of the following options:

Print
Obituary of Richard Deibler
Richard E. "Tiger" Deibler, 88, of Rutherford Heights and a former resident of Brookdale passed away on Sunday January 17, 2021.

He was born in Berwick on April 9, 1932 the son of the late David and Pau... Read More
Obituary of Richard Deibler
Richard E. "Tiger" Deibler, 88, of Rutherford Heights and a former resident of Brookdale passed away on Sunday January 17, 2021.

He was born in Berwick on April 9, 1932 the son of the late David and Pauline (Drothler) Deibler. Richard was a graduate of the former Lower Paxton High School. He was a veteran of the U.S. Army Corps of Engineers serving during the Korean War, and received a Korean Presidential Citation for his time during the war. Following his service in the war, he worked for the family business, Deibler's Coffee Bar, and later retired from the former Covenco. Richard was of the Lutheran faith and a member of the Evangelical Lutheran Church of the Good Shepherd. His greatest joys were tinkering in his workshop, traveling with his wife, and camping with family and friends. Richard was a lifetime member of the Linglestown American Legion Post 272.

Graveside services will be held on Thursday January 21, 2021 in Woodlawn Memorial Gardens at 1:00 pm with the Rev. Kathleen Baker officiating. Covid-19 restrictions will be enforced. Face masks and social distancing will be required. There will be no viewing or visitation. Arrangements are being handled by Wiedeman Funeral Home and Cremation Services, Oberlin.

In lieu of flowers memorial contributions can be made to Evangelical Lutheran Church of the Good Shepherd, 3700 Rutherford St. Harrisburg PA 17111 or to a charity of one's choice.


To send flowers to the family or plant a tree in memory of Richard Deibler, please visit Tribute Store
Read Less

To send flowers to the family or plant a tree in memory of Richard Deibler, please visit our Heartfelt Sympathies Store.

We encourage you to share your most beloved memories of Richard here, so that the family and other loved ones can always see it. You can upload cherished photographs, or share your favorite stories, and can even comment on those shared by others. 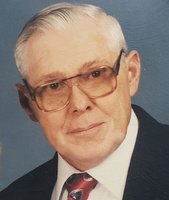