To share your memory on the wall of Patricia Higley, sign in using one of the following options:

At an early age, Patricia developed a love and talent for music which she continued throughout her lifetime. While singing at Waynesburg College, she met and married G. Nelson Higley in 1948, and they moved to Harrisburg.

Music and family were central to Patricia; she was proud of raising her seven children to have an appreciation of music in all forms and loved that her grandchildren continued her legacy. Patricia was a soloist for various local churches, including Paxton Presbyterian and Pine Street Presbyterian in Harrisburg. She and her husband were also active in several groups that performed in nursing homes in the 1960's.

Patricia enjoyed traveling throughout the country with her family, visiting historic homes and gardens, attending local theatre and music productions; and could often be found outdoors enjoying nature, singing at the piano, or baking her famous pies for family gatherings. Patricia was the heart of her large family, providing constant love and support to her children and grandchildren as well as to the family pets, which were an integral part of the household. Patricia's warm smile and gentle nature will be missed by all who knew her.

A Private Family Service will be held in Indiantown Gap National Cemetery, Annville, where Patricia will be laid to rest with her beloved husband. There will be no viewing or visitation. Arrangements are being handled by Wiedeman Funeral Home & Cremation Services, Oberlin.

To send flowers to the family or plant a tree in memory of Patricia Higley, please visit our Heartfelt Sympathies Store.

There are no events scheduled. You can still show your support by sending flowers directly to the family, or planting a memorial tree in memory of Patricia Higley.
Visit the Heartfelt Sympathies Store

We encourage you to share your most beloved memories of Patricia here, so that the family and other loved ones can always see it. You can upload cherished photographs, or share your favorite stories, and can even comment on those shared by others.

Posted Dec 20, 2020 at 12:00am
Adelle and family:
I am so sorry to learn of the passing of your mother. She certainly left her mark in Harrisburg and will be fondly remembered by the many lives she touched.
May she rest in peace.
Mary Katsonis Moyer
Comment Share
Share via: 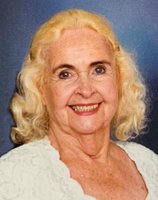