To share your memory on the wall of Marcel Perusse, sign in using one of the following options:

He was a retired Trucking Owner/Operator for FEDEX and a Peacetime Veteran of the United States Air Force. He was a member ... Read More
Marcel R. Perusse, 78, of Lewisberry, died Tuesday, May 11, 2021 in Penn State Milton S. Hershey Medical Center.

He was a retired Trucking Owner/Operator for FEDEX and a Peacetime Veteran of the United States Air Force. He was a member of the Capitol Area Winnies.

Marcel was preceded in death by his parents, Rosario Perusse and Simonne Halle Perusse and his brother, Jean Perusse. He is survived by his loving wife, Janet L. Perusse; one son, John Perusse; one daughter Lisa Billone Husband Mark; one Stepson Todd Shomper wife Amanda; 9 grandchildren and one sister, Claudette Jolin.

Graveside services and Inurnment will be held on Tuesday, May 25, 2021 at 11:00 am in Indiantown Gap National Cemetery with the Rev. Dr. Alan C. Wenrich, Officiating. A Celebration of Marcel''s Life Luncheon will be held immediately following the graveside at the Sheraton Harrisburg/Hershey, 4650 Lindle Road, Harrisburg.

To send flowers to the family or plant a tree in memory of Marcel Perusse, please visit our Heartfelt Sympathies Store.

We encourage you to share your most beloved memories of Marcel here, so that the family and other loved ones can always see it. You can upload cherished photographs, or share your favorite stories, and can even comment on those shared by others.

Jane and Dave sent flowers to the family of Marcel Perusse.
Show you care by sending flowers

Jane and Dave purchased the Blooming Garden Basket and planted a memorial tree for the family of Marcel Perusse. Send Flowers

Posted May 14, 2021 at 11:42am
Jan and Claudette and Marcel’s children, we are so sorry about Marcel’s untimely passing. He will be missed by many. Our prayers and thoughts are with you. 💙💙💙. Stella and John Bourque
Comment Share
Share via: 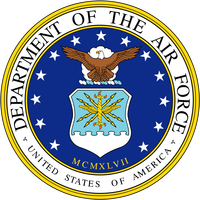