To share your memory on the wall of Louis Vasity, sign in using one of the following options:

Print
Louis Vasity (Ljubomir Vasic), 100, of Manheim, entered his eternal rest on Monday, January 25, 2021. He was on Hospice for several months and slipped away peacefully to join his wife, Helen (Bisreka) (nee Krstin) Vasity.

Born in Romani... Read More
Louis Vasity (Ljubomir Vasic), 100, of Manheim, entered his eternal rest on Monday, January 25, 2021. He was on Hospice for several months and slipped away peacefully to join his wife, Helen (Bisreka) (nee Krstin) Vasity.

Born in Romania on March 8, 1920, he was the son of the late Velimir and Persida Vasic. He and his family came to America for a better life where he also shared his home with his late brother Mike Vasity. Louis was a WW II Army veteran and served his country with pride. His profession as a barber kept him away from most of the harshness of the war, but he had many stories to tell of his experience. On May 18, 1946, he met the love of his life, his late wife, Helen (Biserka) Krstin. Together they spent 74 glorious years together until her passing in October 2019. First living in New Jersey, then Jonestown where they spent many long years with their two dogs, and many visits from their family and friends. Louis then moved to Gretna Springs where he made many new friends and closer to church.

Lou enjoyed tinkering around his home and telling his many stories to anyone who would listen. He spent many years watching his 19 godchildren grow up and become adults and have children of their own. Lou was very active in St. Nicholas Serbian Eastern Orthodox Church in Oberlin. He was a member of the choir, the Serbian Club, as well as the Seniors. Lou was always good for a hug and many kisses for anyone who wanted or needed it. He was always available for family and friends offering his time, love, and also haircuts. Many days he could be found sitting on his porch talking to his neighbors and friends.

In order to protect the vulnerable, a Private Funeral Service will be held on Saturday, January 30, 2021 at 11:00 am in St. Nicholas Serbian Eastern Orthodox Church, Oberlin with Rev. Christopher Rocknage, his Pastor officiating. Private burial will be in Churchville Cemetery, Oberlin. Viewing will be private. Arrangements are being handled by Wiedeman Funeral Home & Cremation Services, Oberlin. The Funeral Service will be live streamed by accessing the church's website at: https://www.stnicholassteelton.org/ or their facebook page at: St. Nicholas Serbian Orthodox Church Steelton-Home/Facebook

To send flowers to the family or plant a tree in memory of Louis Vasity, please visit our Heartfelt Sympathies Store.

There are no events scheduled. You can still show your support by sending flowers directly to the family, or planting a memorial tree in memory of Louis Vasity.
Visit the Heartfelt Sympathies Store

We encourage you to share your most beloved memories of Louis here, so that the family and other loved ones can always see it. You can upload cherished photographs, or share your favorite stories, and can even comment on those shared by others. 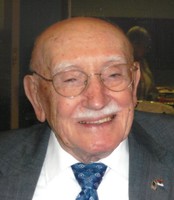