To share your memory on the wall of Gabriel Pease, sign in using one of the following options:

He was born in Harrisburg, on June 14, 1926, to the late Guiseppe and Blanche Pease. He graduated from Harrisburg Catholic High in 1943, and was drafted into the United States Army Air Forces weather services wing in September of 1944, at age 18, serving in Europe until 1946 after the war was over.

He graduated with a biology degree from Mount St. Mary’s in Emmittsburg, Md., and completed a masters degree at Temple University. He enjoyed reading, playing golf and listening to jazz.

He retired from AT&T (formerly Bell Labs) in 1984. He served as a board member at the Bell Labs credit union, now First Commonwealth. Gabriel is survived by his sister, Madeline Obringer; his son, Mark, and his daughter-in-law, Linda; his daughter, Gabrielle; and his son, Christopher; as well as four grandchildren, Kristen, Lauren, Gabriel and Christopher.

He was a wonderful father, spending his evenings after work at the dining room table, always willing to help with homework and offer encouragement. He was a devoted grandfather, and always shared his timely advice and wisdom.

He had a big heart, he was devoted to his family above all else and he listened carefully and worked to build consensus. Most of all, he enjoyed family gatherings, especially those at his childhood home in Steelton and later at the home of the family of his niece, Nadine Longenecker, in Bel Air, Md.

He was preceded in death by a sister, Mary Boyer, a brother, Samuel Pease, and his ex-wife, Doreen Dvoryak Koch.

Funeral services will be private and held at the convenience of the family. Burial will be held in Resurrection Cemetery. Arrangements by Wiedeman Funeral Home and Cremation Services, Oberlin.

In lieu of flowers memorial contributions can be made to the Glaucoma Research Foundation: https://getinvolved.glaucoma.org/donate

To send flowers to the family or plant a tree in memory of Gabriel Pease, please visit our Heartfelt Sympathies Store.

There are no events scheduled. You can still show your support by sending flowers directly to the family, or planting a memorial tree in memory of Gabriel Pease.
Visit the Heartfelt Sympathies Store

We encourage you to share your most beloved memories of Gabriel here, so that the family and other loved ones can always see it. You can upload cherished photographs, or share your favorite stories, and can even comment on those shared by others.

Posted Dec 24, 2020 at 12:00am
Our sympathy, Mark, Gabby, Chris. Your dad was a good, kind, gentle man. When your Grandpa George (my uncle, my mother Aunt Kay’s brother) died, in 1975, we lived in Berks. We decided that Gabe and you kids and my 5- month old baby and I would fly together from ABE to PIT for the funeral in Sharon PA. Your mom had gone ahead and Jeff drove out with Sunny and his family. I’m not sure if Gabby remembers spending a few days with us when she was about 11.
Please know that you are in our thoughts.
Linda and Jeff Thompson (Orefield PA)
Great-Aunt Kay Mamone (Hermitage PA)
Comment Share
Share via: 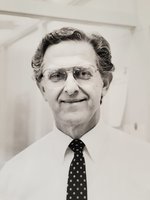 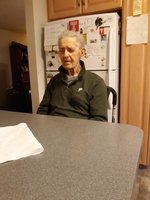 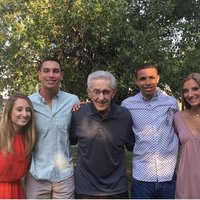 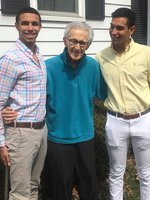