To share your memory on the wall of Ereno Lewis III, sign in using one of the following options:

Print
Ereno "John" Lee Lewis III, 61, of West Hanover Township, passed away at home surrounded by his wife and children on May 30, 2021 after a long and courageous battle with AL Amyloidosis.

He was born on October 4, 1959, the eldest son of s... Read More
Ereno "John" Lee Lewis III, 61, of West Hanover Township, passed away at home surrounded by his wife and children on May 30, 2021 after a long and courageous battle with AL Amyloidosis.

He was born on October 4, 1959, the eldest son of six brothers to the late Ereno Lee Lewis Jr. and Joan (Sutch) Lewis. John attended St. Francis Preparatory Schoolc and later graduated in 1978 from Central Dauphin East High School. He attended Harrisburg Area Community College and graduated from Valdosta State College in Georgia with a degree in vocational education.

John accomplished many things in his life time including 28 years as the owner/operator of his company QuikLine. He had a lifelong passion for Harley Davidson motorcycles and motorcycle racing. He was the 1985 National Champion for Supertwins road racing and considered winning 1st place at the Daytona International Speedway Battle of the Twins one of his highest racing achievements. He spent the rest of his life riding countless hours taking trips and long rides.

John was a brave and fearless person. In 1990, he received a letter of " Good Samaritan" from the city St. Mary''s Georgia for saving the life of a mother and her three children from drowning while he was boating with his family on the inter coastal waterway. John was always up for an adventure, traveling far and wide, eating great food, and meeting interesting people. He loved to laugh and make other people laugh. He was generous, friendly, outgoing, and could talk to anyone. Later in life, he spent quiet time tending to his fruit trees and gardening on his farm and spending extended time at his condo in St. Augustine Beach, Florida.

He is survived by his beloved wife of 35 years, Laura (Brillinger), and his children Ereno J. Lewis and his financee Chelsea Sutton of Middletown and Erica Lewis and her husband Raif Watts of Brooklyn, New York. In addition, James R. and Linda Brillinger, his in-laws and brother in-law, James Brillinger Jr.

Memorial services will be on Tuesday June 8, 2021 at 11:00 am in Wiedeman Funeral Home and Cremation Services, 357 S. Harrisburg St. OBERLIN, with Alan Echard, Chaplain, Hospice of Central PA, Officiating. There will be no viewing or visitation.

In lieu of flowers memorial contributions can be made to Hospice of Central PA, 1320 Linglestown Road, Harrisburg PA 17110.
Read Less

To send flowers to the family or plant a tree in memory of Ereno Lewis III, please visit our Heartfelt Sympathies Store.

We encourage you to share your most beloved memories of Ereno here, so that the family and other loved ones can always see it. You can upload cherished photographs, or share your favorite stories, and can even comment on those shared by others.

Posted Jun 05, 2021 at 03:11pm
I remember the day you were born. You were a good boy and I babysat you a lot. I missed seeing you over all these years, but I see you had a great life and a wonderful family who shared your love of life. May you rest in peace in the hands of Our Lord and his Blessed Mother.❤️🙏🏻 Love, Mary Rose Pugliese Christopher.
Comment Share
Share via: 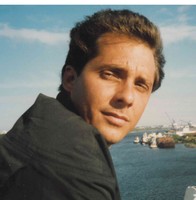 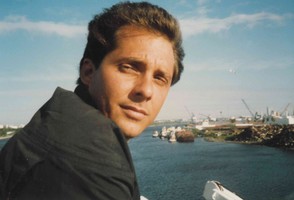 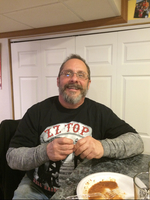