To share your memory on the wall of Charles Ancheff, sign in using one of the following options:

Print
Charles (Adrian) Ancheff 53 of Lebanon County, formerly of Harrisburg, and Williamstown PA , passed away suddenly from a heart attack on Sunday March 14, 2021.

He was born on May 2, 1967 to George J. Ancheff Jr. and the late Joann M. (S... Read More
Charles (Adrian) Ancheff 53 of Lebanon County, formerly of Harrisburg, and Williamstown PA , passed away suddenly from a heart attack on Sunday March 14, 2021.

He was born on May 2, 1967 to George J. Ancheff Jr. and the late Joann M. (Shuttlesworth) Huddleson. Charlie attended Williams Valley High School, and HACC in Harrisburg. He was a self employed Handyman who specialized in home remodeling and HVAC, and enjoyed working for disabled and elderly people. Although deaf in one ear, Charlie could sing the lyrics word for word of practically every hit from the 80's and 90's, and was also an avid Baseball and Football fan. Charlie was very compassionate about children and animals. His great interest in life was the practice of Isshinryu Karate.

He is survived by his father; step-father Daniel Huddleson of Pine Grove; step-mother Sandra K. Ancheff of Dover; brother George Ancheff III and his wife Diane of Williamstown, sister Dorothy D. Goettelmann of Las Vegas and her partner Robert Shaw; sister Christine Myers of Dillsburg and her partner Benjamin Musser; sister Nicole Below and her husband Christopher of East Berlin; and his ex-wife Lavine Jones of Steelton. Charles is also survived by an Uncle, Robin Shuttlesworth and several, nieces and nephews. He greatly enjoyed being involved with his stepchildren.

In lieu of flowers memorial contributions can be made to Wiedeman Funeral Home, 357 South Harrisburg St. Oberlin PA, 17113, to help with the funeral cost.
Read Less

To send flowers to the family or plant a tree in memory of Charles Ancheff, please visit our Heartfelt Sympathies Store.

There are no events scheduled. You can still show your support by sending flowers directly to the family, or planting a memorial tree in memory of Charles Ancheff.
Visit the Heartfelt Sympathies Store

We encourage you to share your most beloved memories of Charles here, so that the family and other loved ones can always see it. You can upload cherished photographs, or share your favorite stories, and can even comment on those shared by others. 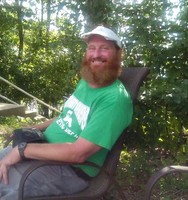